Lörrach incorporated the neighbourhood of Tumringen on 1 October 1935.  The discussions with the "Güggel" - the nickname for Tumringen's inhabitants - lasted some ten years. Finally, the dissolution of the municipal association of Tüllingen and Tumringen was decided. This gave Lörrach two new neighbourhoods and also strengthened its economic and political significance vis-à-vis neighbouring Basel.

Some 3,300 people live in the Tumringen neighbourhood, which is fully part of Lörrach despite its separation through the River Wiese. The construction of the A 98 highway significantly reduced the traffic through Tumringen, which had a strong industrial character. Despite the collapse of the textile industry, many medium and large companies are still present in the neighbourhood.
Tumringen coat of arms 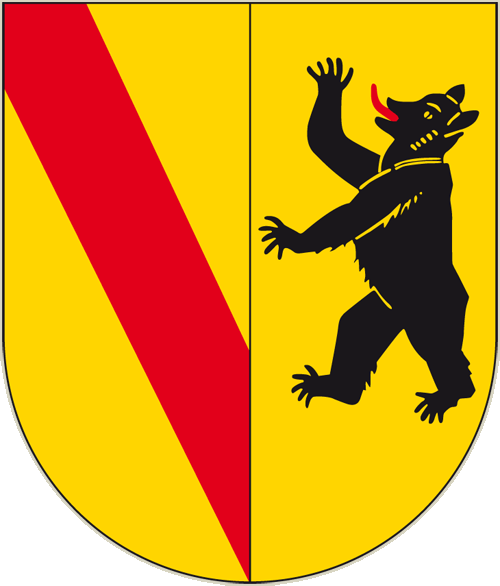